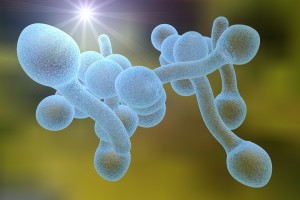 Candida treatments seem to abound on the Internet with everyone trying to convince you that only they have the answer and the knowledge that can help you. Deciding which approach to follow without having knowledge of the subject or the various approaches becomes a very difficult and bewildering task.

Having treated candida for over 35 years and having developed a candida diet over 29 years ago, hopefully, I can provide some guidance. I have also authored two books on candida diets and one on autoimmune diets and can draw from the research and resources that went into writing these books.

Candida is not a topic that most people are familiar with. Learning about it often comes at the end of a long road of frustration and endless doctor’s visits, various medications, and everything short of a trip to a local psychic. “Lost in the woods” doesn’t begin to describe this process when the woods themselves are lost.

With over 77,000 research papers on candida to be found on PubMed (the US National Library of Medicine) this type of confusion about candida shouldn’t exist. This body of research forms a solid pathway that’s clear to follow, so how do so many people get lost on their way to finding the best candida treatments? 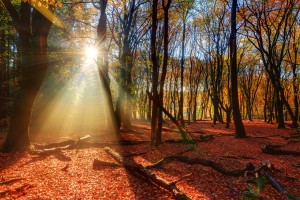 The most familiar part of the woods is always the part that we typically see first and in the candida woods, that means medical doctors. Unfortunately, MDs are not trained in candida, neither are they familiar with the abundant literature on candida and candida treatments. Their only training in candida applies to its presence in cases of cancer, AIDS, and organ transplants.

As with anything they are not familiar with, which is a great deal, they don’t believe it exists unless some professional organization, such as pharmaceutical companies or the American Medical Association, tells them it does. Take fibromyalgia and chronic fatigue syndrome (CFS). To the medical doctors, this was a made-up condition resulting from mental imbalances in patients. That was up until 2 years ago, when it became an official diagnosis.

Consider diseases involving mitochondria, the powerhouses that drive energy production in the body. Most medical doctors are unfamiliar with anything that has to do with mitochondria and flounder around trying to figure it out. A recent study found that on average, a patient will visit more than 8 MDs before receiving an accurate diagnosis. Along the way, the most common misdiagnosis will be that the patient has a psychiatric disorder.

When I asked people on Dr. McCombs’ Candida Plan Facebook group how many visits they had before being correctly diagnosed with candida, one person stated that it took her 32 doctors. That may be par for the course given the state of medicine today. It’s no wonder that people strike out on their own looking for candida treatments.

With the medical profession clueless and patient suffering and inconvenience escalating, the next stop on this path of discovery involves discovering Internet entrepreneurs who see an opportunity and put up websites offering guidance and assistance. While some people mean well, unfortunately, many sites resort to scare tactics. They use misinformation and questionable methods to secure your funds and part you from your money.

I’ve previously written about this here, but the typical story goes something like this: “Hi, I’m, Betty and after suffering for years and endless doctor’s visits, I finally figured out what no doctor ever could and now I’m going to share this candida treatment information with you and help you end your suffering for only $$$” With fictitious names like Lisa Richards, Linda Allen, and Sarah Vaughter, websites like owndoc.com, thecandidadiet.com, yeastinfectionnomore.com, and candidacleanser.com sell their products, books, and advice to honest people desperate for an answer, any answer.

Perhaps, the best way to recognize such websites, is that there’s never anyone you can talk to. You can submit a question on their sites and eventually someone will email you back, but since the fictional person doesn’t exist, you’ll never ever talk to them. 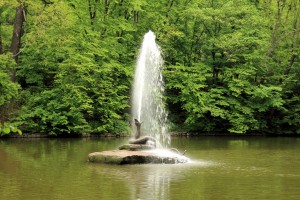 Hopefully, you’ll make it deeper into the woods to discover a well of wisdom with the answers you need, but many people bail out before this and decide to just medicate themselves and their symptoms away. This only enables their conditions to continue to progress and worsen in the background. It’s a sad commentary on our health system and society. Many people have to endure so much misinformation and end up frustrated and disappointed and without any answers.

After all, medical doctors have taken a large chunk of their money, belittled them and told them they’re crazy, and the fake sites have grabbed enough money to keep themselves ranking high on Google, that many people just give up. When people make it this far, they are usually feeling hopeless, frustrated, cheated, bitter, and not willing to trust anyone, anymore.

These are the people that we typically deal with, although we do get those who are referred by friends and others who have successfully completed the Candida Plan and wish to see family, friends, and others helped as they have been. If you’re lucky enough to have arrived via that shortcut, then you’re blessed! You’ve reached a well of knowledge and experience without having suffered as long as many others have.

Don’t expect you to believe just what’s written here. I recommend that you read any of the 200+ blog posts that I’ve written on candida, all backed by science. You can also listen to the 8 podcasts that I’ve recorded, if you’re looking for the shortcut, as well as some 40 YouTube videos. There’s also thousands of posts on our two Facebook groups, Curezone, Google+, and a number of other sites. The 3 books that I’ve written offer a wealth of information that can help you, as well. We also have the only Candida Library with about 500 research papers posted. Best of all, you can talk to us. We’re real!

This series of 8 blog post on the various approaches to candida diets can be very useful – Candida Diets: Part 1-8

If I could offer some additional guidance for you on your candida journey, it would be as follows:

For more Candida Diet Facts, check out our Candida Facts Paper with over 75 scientific references.