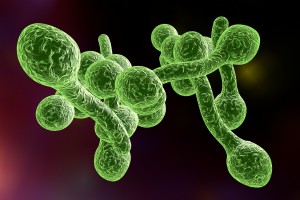 Here are 5 mistakes to avoid when treating candida to help you achieve success as fast as possible and avoid ongoing problems. The last thing you want to experience when addressing fungal candida is chasing after information and treatment choices that do nothing for you other than waste your time and money while your problems persist or get worse. Here’s a list of 5 things to avoid when balancing candida in the body:

The spit test was introduced by a multi-level company in the early-to-mid 1990s as a way to help people in their down line to convince others they had candida. This is all marketing with very little science. To do the test, you spit into a glass of water first thing in the morning to see if your mucus forms little strings of mucus that extend down into the water. These “strings” are supposed to indicate that you have a systemic candida issue, as your mucus will thicken when candida is present. Problem is, it can also indicate that you have a viral infection, bacterial infection, parasite infection, or other infectious issues. It can also indicate that you’re dealing with chemical or heavy metal exposure or have a food, drug or air-born allergy. It also happens when your body is dehydrated and guess what, you’ve been sleeping for 7 or 8 hours and you haven’t had anything to drink, so you will be dehydrated! If you see anyone recommending the spit test, they are revealing how little they know about this topic.

The fact that this at-home test is so non-specific in its ability to identify anything makes it a poor diagnostic choice. Although you’ll mostly see it on sites that aren’t associated with people who have a health degree of any kind and therefore they have no other way to try and convince you that you have candida, occasionally, you’ll see doctors recommending it as well. If you feel you need a test, this article can help guide you – Candida Testing.

You’re not going to see many sites recommending medications to treat candida, as most sites are either run by holistic practitioners who believe in treating the body with safer alternatives, or stay-at-home moms and dads who have found a way to bring in some extra money selling candida books and supplements.

Most medical practitioners don’t acknowledge systemic fungal candida, other than when someone has a serious illness and most likely is already in the hospital. Alternative medical sites may recommend medications to treat candida, which shows you that they don’t understand the science behind candida and ignore all the reasons for not using medications to begin with.

Using anti-fungal drugs causes the development of anti-fungal resistant strains of candida, which then makes the drugs ineffective. This creates a global burden of fungal superbugs that have essentially been trained by modern medicine to kill humans more effectively with each coming year. Candida auris is a recent example of this, but candida albicans has been doing it for decades. Anti-fungal drugs commonly suppress the immune system, which is one of the last things you want to do when you have any infection. Suppressing the immune system only makes you more vulnerable to infections.

Stick to natural choices that are more effective and safer, with a much longer history of use like fatty acids.

Biotin and Other Nutrients

Some sites recommend using biotin to fight candida. In 35+ years of addressing candida in my practice, I’ve never seen this to be an effective choice. Biotin is a B vitamin that candida is known to use for growth and spreading around the body.

Some studies have hinted that biotin can also be used to prevent candida from spreading. In a study that showed biotin was able to reduce candida’s ability spread, the belief is that giving candida what it needs means that it won’t go looking elsewhere for it. This makes some sense as one of the triggers that causes candida to convert from its normal healthy yeast form to its problematic fungal form, is trying to starve it. Just imagine if someone came and took all of the food out of your house, you’d go shopping too. Candida is no different in that respect.

The problem is that biotin feeds candida and there are several other factors that determine when and how candida spreads and they have nothing to do with using or not using biotin.

Candida has an amazing ability to utilize many of the same nutrients that our cells use and you’ll see studies that show that candida uses this or that substance to grow and thrive. The unfortunate fact about this is that candida has an amazing ability to use a long list of nutrients found in the body or our cells and tissues and you can’t restrict those vitamins and other nutrients without weakening and affecting the body in a negative way. Taking or not taking certain nutrients won’t have much, if any effect on fungal candida growth.

Like many things with candida, people read an article or two and jump to conclusions without spending significant time to research and learn about candida. If one website puts it online, many others follow without taking the time to verify the facts. Many doctors and nutritionists are especially guilty of this.

Several sites mention using hydrogen peroxide (H2O2) to treat candida by taking it internally. H2O2 can be dangerous to use in this way and doesn’t really have an effect against candida internally. H2O2 is a stronger anti-bacterial (antibiotic) than it is an antifungal. Using anti-bacterial substances can contribute to the imbalances that have already been created by using antibiotics.

Another consideration with H2O2 is that candida itself produces H2O2 as a way to kill bacteria around it and help it to spread. If candida is producing it, it’s highly unlikely that H2O2 is going to affect it. This has been demonstrated in studies where our body’s immune cells consume candida cells and secrete H2O2 inside the white blood cells in an attempt to kill candida. The result is no effect. Candida is not affected by H2O2 in white blood cells.

Another factor is that candida is a Facultative Anaerobe, which is a way of saying that it can live in an oxygen-rich environment and an oxygen-poor environment. Save the use of H2O2 for external applications or other uses that are safer and supported with better science.

What happens when people use ineffective substances to address candida and have limited results? They create reasons why their choices of substances don’t work instead of changing to something that does work. In treating candida, this has become known as rotating antifungals. The idea is that in order to avoid candida adapting to the natural substances you’re using and rendering them ineffective, you rotate substances very 3 to 4 days. The reality is that candida only develops resistance if you’re trying to kill it and it only takes one exposure for candida to develop resistance. If this line of thinking were correct, you could only use a natural antifungal once and then never again, as just one exposure would be enough to create an adaptation.

Most holistic choices for antifungals are herbs, which are good as they are safer than medications, but limited in that the way that Mother Nature works is by creating a system of checks and balances, not lethal weapons like man does. Most plants and oils that come from plants have antifungal properties. In nature, this helps to protect plants from fungus that would otherwise recycle them back to the earth from which they sprang, thus enriching the soil with nutrients. Using these substances in the body can help to inhibit the growth of fungal candida, but can’t eliminate or correct the problem. You’ll usually notice that your symptoms start coming back after several days of use. In order to really impact candida, you’d have to use unnatural amounts of these substances to kill candida, which are impossible to attain in the body without getting very sick. Even then, you’d still be left with the fact that dead candida cells secrete a substance that kills your white blood cells.

While herbs are a good choice, they aren’t the most effective one. In 35+ years of treating patients with candida, many had diets that were extremely high in garlic, oregano, and other known antifungals. That didn’t stop or correct candida, only impede it to some degree.