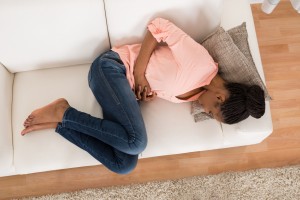 Researchers from Case Western University and University Hospitals Cleveland Medical center reported today that “Scientists have determined that fungus may play a key role in chronic intestinal inflammation disorders. They found that patients with Crohn’s disease tend to have much higher levels of the fungus Candida tropicalis compared to their healthy family members…Unfortunately, most research has focused on studying only the bacteria while overlooking a key player, fungus. In order to address this issue, we have focused our efforts on studying the fungal community in the GI tract known as the mycobiome.”

In reading the actual study, they include Inflammatory Bowel Disease (IBD) and Ulcerative Colitis (UC) along with Crohn’s in their findings. I’ve written about this link between candida and these conditions 5 other times previously and what I usually see is that in each reported case, the researchers point out how seldom fungus are considered in the causation of disease.

This is part of the gap between medicine and science, and also between different scientific bodies and research centers and scientists. The right candida treatment is seldom discussed.

These links should come as no surprise, as antibiotics create these imbalances by wiping out all the bacteria within the body in a mere 5 to 7 days and then fungal candida and pathogenic, antibiotic resistant strains of bacteria take over. Inflammation, tissue destruction, immune system dysregulation, and a host of other factors are then established leading to a long list of diseases and advanced aging.

In spite of articles like these, and many, many others, the prevailing medical opinion is that fungal candida doesn’t exist, except in life or death situations. These studies highlight how out of touch medical doctors are with the science of today and how often they let opinion rule the day and not scientific facts.

The researchers also point out the therapeutic effect of probiotics in cases of Crohn’s, IBD, and UC and yet cite that “Unfortunately, since probiotics are considered to be food supplements and not drugs that are regulated by the US Food and Drug Administration (FDA), conducting such trials is challenging due to the lack of funding, leaving companies with very little impetus to perform long, expensive, placebo-controlled studies

This is a reflection of the sad state of science in today’s world, where only studies that help to enrich the pockets of pharmaceutical companies are seeing the light of day. Countless studies have already shown the benefit of using probiotics for many diseases and one day, it will be rare to see any study that doesn’t include the role of the body’s flora in determing health and disease.

“Efforts directed at development of new probiotics should take into consideration the recent findings showing that both bacteria and fungi are implicated in IBD. These studies clearly demonstrate that mycobiome/bacteriome interactions play an important role in the perpetuation of GI inflammation.

Not only have we shown that fungi are important for overall GI tract health, we have also shown that overgrowth of the fungus due to imbalance has deleterious effects on the gastric mucosa. Introducing an antifungal to eliminate this overgrowth, followed by administration of a probiotic containing both good bacteria and good fungus to restore the balance of beneficial organisms, could be a promising new approach to treat IBD.”

I like this last conclusion reached by by these scientists, as it validates the approach that we have used for over 25 years. We restore normal healthy levels of beneficial candida first, then add in the probiotics. Science shows us through other studies that it won’t work any other way.

Finally, while this study cites inflammatory intestinal conditions, keep in mind that if you’ve ever had an antibiotic, you have within you the imbalances that will create problems for you in the future.

Get started on restoring your health, vitality, and your future today with the right candida treatment !