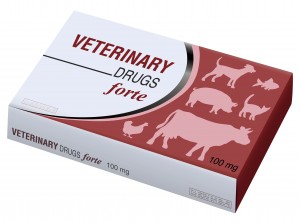 The range of candida treatments ranges from time-proven and safe fatty acids, to dangerous drugs that create resistant strains, to obscure treatments like turpentine. With candida being an orphaned condition by the medical profession, many people take advantage of this void by selling anything they can to make a buck. While promising a quick cure, they put down everything and everyone else in an attempt to steer people away from following sound advise. Lufenuron is a good example of this trend. Designed and marketed as a flea medication for pets, at least two sites are trying to market it as a treatment for candida, in spite of the science that shows it doesn’t work against fungus.

Lufenuron is being pitched to candida sufferers as an effective anti-fungal due to its ability to act as a chitin synthesis inhibitor. Chitin makes up a good portion of the exoskeletons of insects and chitin inhibitors can cause this exoskeleton to break down. Chitin is also found in the cell wall of candida to varying degrees, depending on the environmental stresses that candida encounters. Unlike the exoskeleton of insects, candida has an ability to manipulate the chitin content in its cell wall membranes. If the environment that it finds itself in has chitin inhibitors, candida will alter its chitin content to preserve the integrity of its cell wall membrane. Sites that sell lufenuron would like you to think that candida doesn’t have this ability, which reveals a deep misunderstanding of how candida works.

Researchers from the University of California, San Francisco, decided to look at whether or not lufenuron had any anti-fungal effects. They found, “No evidence of inhibition, either by susceptibility testing or direct microscopic examination of treated cells, was obtained with lufenuron“. In contrast, they showed that a known chitin synthesis inhibitor, Nikkomycin Z, had a potent inhibitory effect against chitin in fungal cell wall membranes. Their conclusion –  “lufenuron does not appear to possess anti-fungal properties”.

Examining the scientific literature on lufenuron reveals other information that these sites fail to mention:

Lufeneron showed initial promise as a treatment for fungal infections, but the early enthusiasm has dampened considerably as efficacy appears doubtful.

Adverse effects reported in dogs and cats after oral lufenuron include: vomiting, lethargy/depression, pruritus/urticaria, diarrhea, dyspnea, anorexia, and reddened skin. The manufacturer reports that the adverse reaction rate is less than 5 animals in one million doses. http://www.peteducation.com/article.cfm?c=26+1303&aid=1471

Of relevance to microbiology, chitin is present in fungal species such as mushrooms, where it can comprise from 5% to 20% of the weight of the organism.

Chitin synthesis inhibitors share a similar chemical structure as other benzoylphenyl ureas.Their mode of action is by interfering with the polymerization pathway of chitin, inducing accumulation of the monomer uridine diphospho-N-acetylglucosamine and blocking its synthesis (Beeman 1982).

The final step  of  chitin  biosynthesis is  the polymerization of  N-acetylglucosamine from  the  activated  substrate  UDP-N-acetylglucosamine,  by  the  enzyme  chitin  synthase (EC 2.4.1.16).  This enzyme has been well studied in fungi  and yeasts (Gooday 1977)…Leighton e t  al.  (1981)  have  proposed that diflubenzuron  acts indirectly  on  chitin synthase  by inhibiting a  proteolytic enzyme  required for its  activation from  the  zymogen form. http://www.publish.csiro.au/?act=view_file&file_id=BI9820491.pdf

Lufenuron is a benzoylphenylurea drug that interferes with chitin synthesis. It is used in veterinary medicine as a ﬂea prophylactic product, due to its non-speciﬁc inhibitory effect on chitin synthesis, probably related to serine protease inhibition.³ http://jfm.sagepub.com/content/11/2/91.full.pdf

OTHER REASONS NOT TO USE CHITIN SYNTHESIS INHIBITORS INCLUDE ITS ABILITY TO AFFECT INTESTINAL MEMBRANES AND FEMALE REPRODUCTION:

Micrographs of ovaries, from animals treated with lufenuron, showed some space between the follicular epithelium and the oocyte membrane. The in vivo incorporation of radioactive N-acetylglucosamine into chitin was inhibited by the presence of lufenuron. http://journals2.scholarsportal.info/details.xqy?uri=/00483575/v98i0001/59_te…

LUFENURON BUILDS UP IN THE TISSUES:

*********
The studies above demonstrate that lufenuron can cause intestinal cell line damage and leaky gut. One benefit of the intestinal cells is that they regenerate quickly, thus demonstrating their ability to heal and restore the intestinal barrier. Lufenuron has the ability to block this regeneration. It’s role in serine protease inhibition could lead to chronic inflammatory conditions, food allergies, autoimmune diseases, etc.
Lufenuron can also interfere with absorption of N-Acetylglucosamine, necessary for the formation of the cell walls in many beneficial bacteria.
**********

Disturbance of the epithelial barrier and epithelial transport processes is often discussed to be a major factor in the pathogenesis of intestinal inflammation and inflammatory bowel disease. http://www.hindawi.com/journals/iji/2010/574568/

The intestinal epithelium provides a critical protective barrier against enteric pathogens, food antigens, and physiochemical stresses caused by digestive and microbial products, and yet must be selectively permeable to beneficial nutrients and fluids. Tightly regulated control of barrier function and integrity is critical, as the pathogenesis of intestinal diseases such as Crohn’s disease, ulcerative colitis, inflammatory bowel diseases (IBD), and autoimmune diseases are linked to intestinal barrier dysfunction and increased intestinal permeability (1). The intestinal epithelium is a single layer of linked columnar epithelial cells that regulates, through the paracellular pathway, the selective passage of ions, fluid, and macromolecules from the intestinal lumen into the underlying tissues.

The intestinal epithelium serves as a major protective barrier between the mammalian host and the external environment. Here we show that the transmembrane serine protease matriptase plays a pivotol role in the formation and integrity of the intestinal epithelial barrier. St14 hypomorphic mice, which have a 100-fold reduction in intestinal matriptase mRNA levels, display a 35% reduction in intestinal transepithelial electrical resistance (TEER). Matriptase is expressed during intestinal epithelial differentiation and colocalizes with E-cadherin to apical junctionalcomplexes (AJC) in differentiated polarized Caco-2 monolayers. Inhibition of matriptase activity using a specific peptide inhibitor or by knockdown of matriptase by siRNA disrupts the development of TEER in barrier-forming Caco-2 monolayers and increases paracellular permeability to macromolecular FITC-dextran. Loss of matriptase was associated with enhanced expression and incorporation of the permeability-associated, “leaky” tight junction protein claudin-2 at intercellular junctions.  These results support a key role for matriptase in regulating intestinal epithelial barrier competence, and suggest an intriguing link between pericellular serine protease activity and tight junction assembly in polarized epithelia. http://www.pnas.org/content/107/9/4200.full

“Mechanisms terminating the short physiological life cycle of epithelial cells are supposed to have an impact on these essential functions and have influence on inflammatory reactions in the intestinal mucosa. A disturbance of the epithelial barrier is thought to be a major factor in the pathogenesis of inflammatory bowel disease.

Disturbance of the epithelial barrier and epithelial transport processes is often discussed to be a major factor in the pathogenesis of intestinal inflammation and inflammatory bowel disease.”

One website that sells lufenuron has pictures of inflammatory skin conditions that responded to lufenuron treatment. A deficiency of serine protease inhibitors can play a role in creating inflammatory skin conditions. The website implies that the healing seen in the pictures was created by lufenuron’s anti-fungal affect against candida. It is much more likely that this was due to its serine protease inhibition effect. I’ve talked frequently about how people misinterpret what they see and notice. This would be a classic example.

Lufenuron has demonstrated the ability to damage intestinal cells and intestinal cell junctions. As noted above, intestinal cells play a critical role in the maintenance of the homeostasis of the intestinal tract. Lufenuron can also interfere with the structure of healthy intestinal bacteria. It had initially demonstrated a possible role in affecting candida fungal growth that subsequent studies dismissed. The goal of any approach in restoring balance to the intestinal flora, immune responses, and candida overgrowth, should not also present known risks to the body. Based on this, I would never recommend lufenuron.

A while back, someone consulted with me about doing the Candida Plan and taking a product called lufenuron at the same time. I told him that I wouldn’t recommend using an insecticide designed for animals, in humans. It seemed like there could be some unknown risk associated with it. He assured me that after talking with a distributor of the product that he would be okay and that there was no harm in its use. I wished him well, as he has been dealing with his health issues for some time.

Three weeks later, he emailed me that he now had leaky gut, which matched a possible effect of research associated with the use of serine protease inhibitors.

Another woman called complaining of extremely thickened mucus of 5 months duration after taking Lufenuron. This makes sense when you consider how lufenuron inhibits enzymes that break down mucus – http://iai.asm.org/content/79/8/3438.full.pdf. Unfortunately for her, I was not able to help her and the last time I spoke to her months later, she still had this issue and it was very stressful and interfering with the quality of her life. I advised her to speak with the people who sold her the drug for suggestions and she said she had tried to but was verbally attacked online by the woman who owns the site and accused her of making her symptoms up. This website, like several others however, uses the false persona of a woman and her husband living in Switzerland, when it is actually run by a man living in London – https://www.ripoffreport.com/reports/relevant/sarah-vaughter-own-doc

Approaches that don’t take into consideration the whole body, but address candida as though it exists in an isolated sphere or on a petri dish somewhere, are bound to fail, have short-lived results, or even cause harm. Lufenuron achieves all three of these results.

Correcting fungal candida imbalances requires safely correcting the fungal form of candida back to its normal yeast form, boosting the appropriate immune response, detoxifying the body, and helping to restore healthy bacterial flora. This is the whole-istic approach.