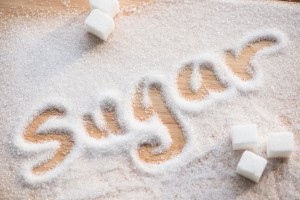 In Candida Diets: Part IV: Sugars, we now look at the effect of sugars in a candida diet. I’ve written about this several times, as it is one area where Dr. McCombs Candida Plan has always differed from the many other candida diets out there. In the typical candida diet, sugars are eliminated completely. In the Candida Plan, sugars in the form of whole fruit and complex carbohydrates are allowed, with the possible exception of people who have blood sugar imbalances, such as diabetes, hypoglycemia, and insulin resistance.

In the first three articles on Candida Diets, I talked about the use of medications, hydrogen peroxide, and bacillus subtilis. Each of these addresses candida in the human body as though it were isolated by itself in a tube. Such approaches can result in greater imbalances and disease in the body. They leave behind all that we have learned and now know about the function of the intestinal tract and the human body. So where did the idea of eliminating sugars in a candida diet come from?

The original candida diet is credited as having been created by Dr. Orian Truss. That dietary protocol is by and large what most anti-candida diets have been based on ever since, despite years and years of new research and understanding. In fact, most people are so polarized around maintaining this particular diet that they are not willing to look at anything else. The mere mention of any other approach is considered sacrilege.

Along with the dietary protocol that he created, Dr. Truss’ used the medication Nystatin to treat candida albicans. As we already discussed in the first article on candida diets, medications present additional limitations and problems.

Dr. Truss had good success with his anti-candida diet, but the effectiveness of this approach from the very beginning was limited due to the inability of Nystatin to treat candida systemically, as he readily acknowledged. His knowledge and clinical observations lead to creating a dietary protocol that restricted sugars and other carbohydrates, yet he placed more emphasis on the effect of Nystatin than he did on carbohydrate reduction.

Candida albicans doesn’t exist in an isolated sphere, yet many people treat it that way. It has to be considered in the context of its environment and how it responds to that environment, as well as how the environment responds to it. This would be a more whole or “holistic” assessment.

A recent article from Albert Einstein College of Medicine states it as follows:

“Pathogenicity and virulence are emergent properties, meaning that they cannot be predicted directly from the properties of the microorganism. The environment, an individual host or population of hosts and/or an individual microbe or population of microbes can change independently, or as a function of complex interactions, including those between environment and host, host and microbe, microbe and environment, and all three. Thus, microbial pathogenicity is intrinsically unpredictable. Host and microbial characteristics are subject to predictable and unpredictable changes prompted by known, unknown, and random environmental, immunological, and other factors. Thus, as it is an outcome of host-microbe interaction whereby each entity is subject to independent and dependent changes at any point in time, pathogenicity is an emergent property.”

Too many people view Candida independent of the body and its function, needs and abilities. The area of diet and carbohydrates are a good example of this. Based on Dr. Truss’ dietary protocol, many people are overly emphatic about eliminating all carbohydrates. That isn’t to say that there isn’t good evidence supporting reducing Candida’s access to simple sugars, but on the whole, this approach creates other limitations.

Most candida sites emphasize eliminating all carbohydrates. The rationale for this is that fungi thrive on carbohydrates. However, most complex carbohydrates are broken down into monosaccharides, which are absorbed in the proximal jejunum, leaving the rest of the intestinal tract with a possible small ratio of ingested sugar as lactulose in lactase enzyme deficient individuals. In other words, our body’s own cells absorb sugars quite quickly and effectively, something few people seem to consider. Diabetics and people with blood sugar regulation issues, such as hypoglycemia and insulin-resistance, absorb less sugar causing higher levels of sugar to remain in the blood stream and tissues. The incidence of fungal candida infections is higher in diabetics. On the other hand, people without blood sugar issues could be expected to do fine with some carbs on a candida diet, regardless of how much candida is in their body.

Candida is commonly associated with chronic intestinal inflammatory diseases such as IBS, IBD, Chrohn’s, Leaky Gut, and Colitis. In fact, candida uses inflammation to help it spread throughout the body. A low carbohydrate diet can be detrimental for the intestinal lining because of reduced production of Short Chain Fatty Acids (SCFA) by cells in the colon. SCFA, such as butyrate, are responsible for maintaining the health of the intestinal cells and decreasing inflammation. This is illustrated in the findings below:

“After 4 weeks, weight-loss diets that were high in protein but reduced in total carbohydrates and fiber resulted in a significant decrease in fecal cancer-protective metabolites and increased concentrations of hazardous metabolites. Long-term adherence to such diets may increase risk of colonic disease.”
http://www.ncbi.nlm.nih.gov/pubmed/17189447?dopt=Abstract

“Under energy-restricted conditions, a short-term Low Carbohydrate diet lowered stool weight and had detrimental effects on the concentration and excretion of faecal SCFA compared with an HC diet. This suggests that the long-term consumption of an LC diet may increase the risk of development of gastrointestinal disorders.”
http://www.ncbi.nlm.nih.gov/pubmed/19224658

A low carbohydrate diet has been shown to affect white blood cell function as well as the health of intestinal cells. White blood cells, especially neutrophils, engulf candida cells in a process called Phagocytosis. Phagocytosis of candida is an energy-requiring mechanism that is inhibited by an inadequate supply of glucose:

“It was concluded that phagocytosis was an energy-requiring process in which glycolysis served as the most important source of energy.”
COHN, Z. A., AND S. I. MORSE. Functional and metabolic properties of polymorphonuclear leucocytes. I. Observations on the requirements and
consequences of particle ingestion. J. Exptl. Med. 111:667,1960.
http://www.ncbi.nlm.nih.gov/pubmed/13694491

The concept of starving candida out of the body, which so many people have adopted, can also be problematic in that starvation is one of the known triggers that causes the normal yeast form of candida to convert to its problematic, pathogenic fungal form:

“Starvation of yeast cells induces exponentially grown cells (and usually non-germinative) to germinate. This phenomenon is also observed in cells that are transiently treated with metabolic inhibitors. During each of these treatments (starvation, metabolic inhibition), expression of a growth regulatory gene (CGRI) increases. Candida albicans: adherence, signaling and virulence.” Calderone et al. http://www.ncbi.nlm.nih.gov/pubmed/11204138

Glucose is necessary for the function of the 10 trillion cells and tissues in the body. Even more so, it is beneficial to the 100 trillion cells of the intestinal tract and they compete for glucose as a fuel source. It is their competition for similar fuel sources that help to prevent the growth of pathogenic organisms, which underscores how devastating antibiotics can be as they usually wipe out the majority of bacteria present in the intestinal tract.

What we see from the evidence above is that candida cannot be treated as though it existed separate from the body.

Dr. McCombs Candida Plan affects the body in several ways: reverting the fungal form of candida back to its normal yeast form; boosting the appropriate healthy immune response; detoxifying the body; and helping to restore normal tissue flora. This approach considers many of the facets necessary to produce an effective change and a healthy response. In individuals who have normal blood sugar regulation, fruit has always worked well on the Plan and facilitates the effectiveness of Candida Force. If someone has a blood sugar regulation issue, such as hypoglycemia, insulin-resistance, or diabetes, fruit probably won’t work well for them on the Plan.

To help assist them, I recommend following the Blood Sugar Protocol outlined below:

If you get tired, irritable, sleepy, or moody when you go too long without food, you most likely have a low blood sugar issue (hypoglycemia). Hypoglycemia can affect the following: estrogen, progesterone, testosterone, and thyroid hormones; suppress the immune system; cause adrenal fatigue, sugar cravings and promote inflammation; and cause various disturbances in the nervous system such as anxiety, depression, nervousness, brain fog, etc. Many people will have both hypoglycemia and hyperglycemia/insulin resistance (tired after meals) during the day. This protocol helps with both.

You’ll need to eat at least a small handful of food every 45-60 minutes (60 minutes usually works). That can be 1/3 of a celery stick or carrot, ¼ of an apple, ½ of an avocado, a rice cake, a meal, some veggies, etc., to keep your blood sugar balanced. It is very important that you follow this strictly, as almost doesn’t work. Anyone with problems handling fruit, should stick to celery, meats, avocado, etc., for snacks. Fruits will probably not work. Celery is very easy to prepare and carry with you. Plan your day around having enough of something with you at all times.

To summarize:
Humans cells metabolize sugars quite rapidly; carbs are needed for healthy production of butyrate and other SCFA necessary for maintaining intestinal health; sugars are required for the normal function of white blood cells against candida; starvation is one of the triggers for conversion of candida to its pathogenic form; beneficial bacteria require sugars as well; if you have blood sugar issues, fruit probably won’t work on the Plan; fruit on the Plan works for many individuals and increases the effectiveness of the Candida Force.

When I developed the Candida Plan about 20 years ago, I was fortunate enough NOT to be familiar with the anti-candida programs or books that were around. That meant that I could discover for myself what worked and what didn’t work for my patients.

The Plan as it had been developed was and continues to be very successful and is still the original Plan as it is laid out today. It was created as a solution for my patients and others to take back dominion over their health and lives in a world where healthcare is dominated by drugs and surgery. Dr. McCombs Candida Plan is backed by science, not by marketing ideas.

Take back your health.   Live the life you create.   Dr. McCombs Candida Plan.

Part I: Candida and Medications