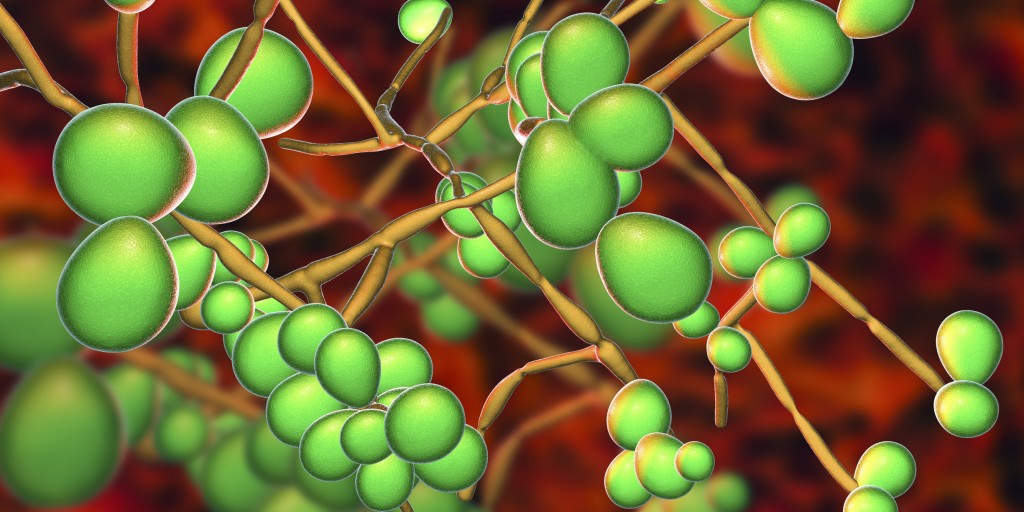 With more and more people discovering the need to address candida in order to regain and optimize their health, it can be helpful to know some secrets about candida that are seldom discussed, but that can save you time and money.

Candida has a Jekyll and Hyde behavior, where it can be either beneficial or harmful depending on the environment it’s found in. In its beneficial form, candida is encountered is typically a yeast that plays a role in digestion and other mechanisms associated with health, such as optimizing tissue pH and synthesis of vitamin A. In its fungal form, it’s associated with over 125 different conditions and diseases that range from indigestion, allergies, and skin conditions, to arthritis, diabetes, and a list of autoimmune diseases. Of the 59,000+ studies found on candida in the National Institute of Health’s Library of Medicine, most are concerned with how to resolve fungal candida issues. Investigating these studies reveals the following five secrets:

1) Sugar: The area of sugars and candida has a lot of misunderstanding surrounding it. A high sugar diet has a strong association with fungal candida infections and most people swear off all sugars and carbohydrates in an attempt to starve candida. What they fail to realize is that candida doesn’t need sugar to survive, as it is fully equipped to live off of proteins and fats, as well. More importantly, too little sugar in the diet will weaken the immune system and many of other cells of the body that require sugars, including the beneficial bacteria of the body. Using a balanced diet will get you further down the road in combating candida overgrowth than an overly restrictive one.

2) Probiotics: Probiotics are beneficial bacteria that are known to support the health of the body by supplying strains that support gut health. The majority of the strains found in every probiotic formula and fermented foods are Lactobacillus bacteria. In a balanced gut, Lactobacillus bacteria inhibit fungal candida overgrowth. Once they are eliminated through antibiotic use however, fungal candida overgrows and prevents them from recolonizing the intestinal tract. Research papers show that candida causes long-term suppression of Lactobacillus strains. Take the time to correct fungal imbalances first in order to get the most benefit out of your probiotic formulas.

3) Medications: Most people visit their medical doctor for sickness and disease. Many medical doctors fail to recognize the effects of candida, but when they do, they use medications to address it. As with antibiotics and bacteria, the use of any antifungal medication that tries to kill candida can create antifungal-resistant rebound infections that are harder to treat. Antifungal medications also tend to be very toxic to the body and suppress the immune system. Avoid the use of medications, when possible, and look for safer and natural alternatives such as undecenoic and caprylic acids.

4) Hydrogen Peroxide: Hydrogen peroxide (H2O2) is an amazing home remedy with a long history of use and benefits. People have used it for a number of cures from toothaches and wounds to intravenous use for cancers and bacterial infections. Even our body’s white blood cells produce H2O2 to help control infections. The use of H2O2 helps to deliver extra oxygen to the tissues. When white blood cells try to eliminate fungal candida with H2O2 however, it has no effect. In fact, candida is known to produce its own H2O2 to destroy bacteria. Candida is a facultative anaerobe, which means that it can live in oxygen-rich, or oxygen-poor environments. The bacteria of the gut however, are obligate anaerobes, which means that oxygen destroys them. Taking H2O2 orally to kill candida may just end up helping candida by eliminating the competition. Use H2O2 for something other than candida.

5) Killing candida: Many people think that they have to kill candida to get better, As with medications, attempting to kill candida causes it to adapt and create antifungal resistant strains. As if that weren’t bad enough, researchers from the University of Toronto found that dead candida cells secrete a substance that kills our white blood cells when they come along to clean up the dead debris. Attempting to kill candida may only end up harming yourself.

Using these 5 candida secrets can help save you time, money, and suffering. As John Knowles, Former President of the Rockefeller Foundation, has stated, “The next major advance in the health of the American people will be determined by what the individual is willing to do for himself.”