Fruit and the Candida Diet

Fruit and the Candida Diet 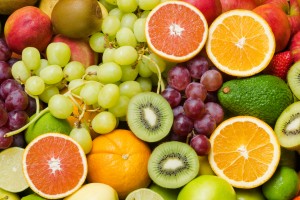 Fruit and the Candida diet

The basic Candida diet was developed in the late 1950s by Orion Truss, when comparatively little was known about Candida albicans. He used nystatin, which doesn’t work systemically in the body and therefore has limited effectiveness. Unable to eliminate Candida successfully, he tried starving it out of the body by restricting carbohydrates in the diet he outlined. We now know that trying to starve Candida causes it to shift to it’s fungal form faster and spread throughout the body. It would be similar to someone coming and taking all the food out of your house. You’d go shopping too. While there was an explosion of research on candida beginning in late 1949 and early 1950s, much was still unknown at that time.

As long as you take the Candida Force and follow the Candida Plan guidelines, fruit is usually okay. For some people, it may not be and we encourage people to only eat the foods from the “YES” List that work for them. If fruit doesn’t work in the beginning, try again later. Many people don’t have an issue with the fruit.
Fruits contain enzymes, minerals, vitamins, antioxidants, and natural fructose. Fruits play a role in maintaining the health of the DNA and RNA of our body.

If you have a Blood Sugar issue, then eating fruit may not work well for you on the Plan. Along with the Plan, I recommend following the Blood Sugar Protocol in that case.

Some people may have problems with fruits due to advanced glycation end products that develop from them. This is yet another issue, but something that may be helped by the Plan, as it is commonly related to Blood Sugar regulation issues.

Another point to consider, is that the immune system requires sugar to function. Without proper sugar levels, Neutrophils, the most effective white blood cells against candida, are less effective –
“Phagocytosis is an energy requiring mechanism that is inhibited by an inadequate supply of glucose”
COHN, Z. A., AND S. I. MORSE. Functional and metabolic properties of polymorphonuclear leucocytes. I. Observations on the requirements and
consequences of particle ingestion. J. Exptl. Med. 111:667,1960.

It’s not that glucose is all bad, either. Glucose increases growth of beneficial bacteria as well –
http://www.biomedcentral.com/1471-2180/10/16/abstract

After 4 wk, weight-loss diets that were high in protein but reduced in total carbohydrates and fiber resulted in a significant decrease in fecal cancer-protective metabolites and increased concentrations of hazardous metabolites. Long-term adherence to such diets may increase risk of colonic disease.

Under energy-restricted conditions, a short-term LC diet lowered stool weight and had detrimental effects on the concentration and excretion of fecal SCFA compared with an HC diet. This suggests that the long-term consumption of an LC diet may increase the risk of development of gastrointestinal disorders.
http://www.ncbi.nlm.nih.gov/pubmed/19224658

Diet composition of the weight loss diet influenced a key marker of inflammation in that LC increased while HC reduced serum CRP but evidence did not support that this was related to oxidative stress.
http://www.ncbi.nlm.nih.gov/pubmed/17536128

Significant diet-dependent reductions in a group of butyrate-producing Firmicutes were, however, detected in fecal samples from obese subjects on weight loss diets.
http://www.ncbi.nlm.nih.gov/pubmed/18779823