Candida and Alzheimer’s | The Best Approach For Success

Candida and Alzheimer’s | The Best Approach For Success 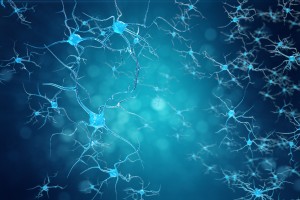 Candida and Alzheimer’s are connected in many ways, although this is something that is seldom discussed in most papers and publications. Not withstanding this, the candida and Alzheimer’s infection model is gaining more and more support and acceptance, so I thought I’d take some time and look at the relationship between the two.

Alzheimer’s disease (AD) is the most common degenerative disease of the nervous system, with 60%-70% of all dementia cases caused by AD. Around 5 million seniors are currently affected and this number is estimated to rise to over 106 million over the next 32 years. It is a gradual and progressive loss of brain function that affects the brain’s memory, intellect, and comprehension. The effects of Alzheimer’s can severely affect a person’s quality of life, as well as creating a financial, emotional, and physical burden that extends to family and friends alike. The time from diagnosis to death varies—as little as 3 or 4 years if the person is older than 80 when diagnosed, to as long as 10 or more years if the person is younger.

The main tissue findings in Alzheimer’s are the presence of misfolded proteins called beta-amyloid and tau. Misfolded proteins tend to accumulate in the brain leading to a loss of function and cell degeneration. How these misfolded proteins damage cells in the brain is still unknown. What causes these proteins to misfold has not been clearly identified, although several possible pathways exist. Infections, environmental toxins, cellular failure, oxidative stress, genetics, certain conditions, inflammation, mitochondrial dysfunction, and aging are all possible contributing factors. 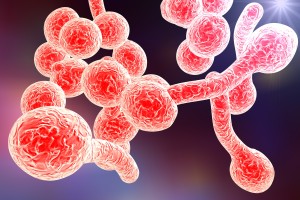 Candida is a microbe that exists in the body as a yeast or as a fungus. The yeast is considered to be the normal healthy form and the fungus is the pathogenic, problematic fungal form. Candida has the ability to switch back-and-forth between these two forms depending on the environmental cues surrounding it in the body. It also has the ability to manipulate its environment according to its needs and the opportunity to do so.

Antibiotic use causes a massive shift in the internal environment of the body that favors the shift of Candida to the fungal form. There are at least 11 ways that antibiotics create this shift. This shift leads to the fungus spreading throughout the body and the subsequent development of conditions that can play a role in creating over 125 various conditions throughout the body. Candida and Alzheimer’s are one of those resultant conditions that are linked in several ways. 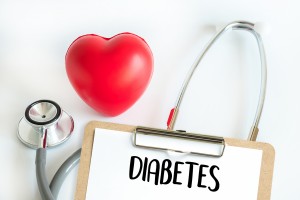 Alzheimer’s has also been called Diabetes Type 3. Many diabetics have brain changes that are hallmarks of Alzheimer’s and dementia. Higher blood sugar levels are often found in Alzheimer’s. Diabetes and Alzheimer’s “are both more prevalent with ageing. About 60–70% of diabetics also exhibit mild to severe forms of nervous system damage.” Diabetics lose gray matter more than those who do not suffer from diabetes. Why is this important? This loss of gray matter is a contributing cause of Alzheimer’s.

Diabetics have a higher incidence of fungal candida infections and candida has been linked to the development of diabetes. Fungal candida grows rapidly when sugar is readily available. The inability to balance and regulate blood sugar imbalances is often related to two of the most common causative factors found in both candida and Alzheimer’s – inflammation and mitochondrial dysfunction. Inflammation by itself is the basis of many, if not most diseases. Fungal candida drives inflammation throughout the body and is one probable link to Alzheimer’s. The role of antibiotics in causing fungal candida is tightly related to the development of diabetes. The incidence and prevalence of diabetes and candida have risen steadily since the introduction of antibiotics in the 1940s. 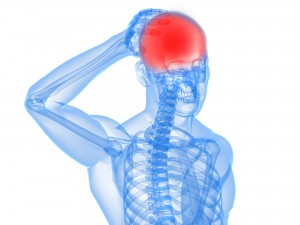 Inflammation is a hallmark of most, if not all, diseases and conditions. It is especially true of Candida and Alzheimer’s. Candida drives inflammation in the body and inflammation plays an important role in AD pathogenesis. Inflammatory cytokines such as IL-6, TNF-α, IL-1β, TGF-β, IL-12 and IL-18 are found in Candida. They are also present in Alzheimer’s. If candida drives the inflammatory cytokines that are present in candida, could candida be causing Alzheimer’s? Since antibiotics cause candida, are antibiotics the primary cause of Alzheimer’s? 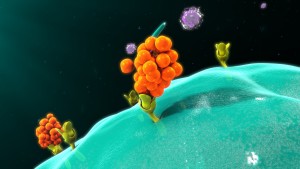 If we look at the infection model of Alzheimer’s, we see candida mentioned again and again. Researchers in Spain state, “…our findings provide compelling evidence for the existence of fungal infection in the CNS from AD patients…” In their study, all patients with AD had fungal infections. Remember, the beta-amyloid and tau proteins that are characteristic of AD? It turns out that beta-amyloid has anti-fungal properties indicating that the development of these misfolded proteins is not a mistake, but an intentional immune response created to ward off fungal candida.

Likewise, another possibility is that the loss of bacterial diversity caused by antibiotics and subsequent fungal candida infections, leads to dysregulation of the immune system and immune responses.

There are many possibilities involving candida and Alzheimer’s. Too many to ignore the possibility of how correcting fungal candida would have a major impact on Alzheimer’s and possibly other neurological diseases associated with fungal candida. In general, we have seen good improvement of neurological issues in all people following the Candida Plan. Reducing inflammation and increasing absorption of nutrients should be a primary goal for everyone seeking greater health and recovering from life’s challenges. As long as the digestive tract remains imbalanced from past antibiotic use, it becomes highly unlikely that health can be regained.